DHAKA, 12 September 2019 - Chevron Bangladesh recently partnered with Dhaka Ladies Club to distribute school implements amongst 278 underprivileged students. These children, of whom 60 percent are girls, are students aged 5-14 from nine charity schools in various locations of Dhaka.  Collectively known as “Kushum Koli” schools – administered by the Club’s Social Welfare Committee and founded in 1985, these schools follow the curriculum mandated by the Directorate of Primary Education.

Following Mr. Chowdhury’s introduction on Chevron’s corporate social responsibility initiatives, Mr. Menzies said, “At Chevron, we value our partnership with the communities in which we operate and seek to support their development through social investment in three main areas: education, health and economic development, where we partner with world-class development organizations to improve the lives of these communities.  We believe that education and job training are of critical importance to help people and communities thrive.” Dr. Momen lauded Chevron’s CSR efforts in this regard and expressed his fervent hope that such social investments would continue in the same vein in future. Mrs. Kabir said, “Chevron supported us this past winter with blankets and warm clothing for our students. Now they have stepped forward again by supporting the children with school implements. We thank Chevron for their generosity and thoughtful donation.” 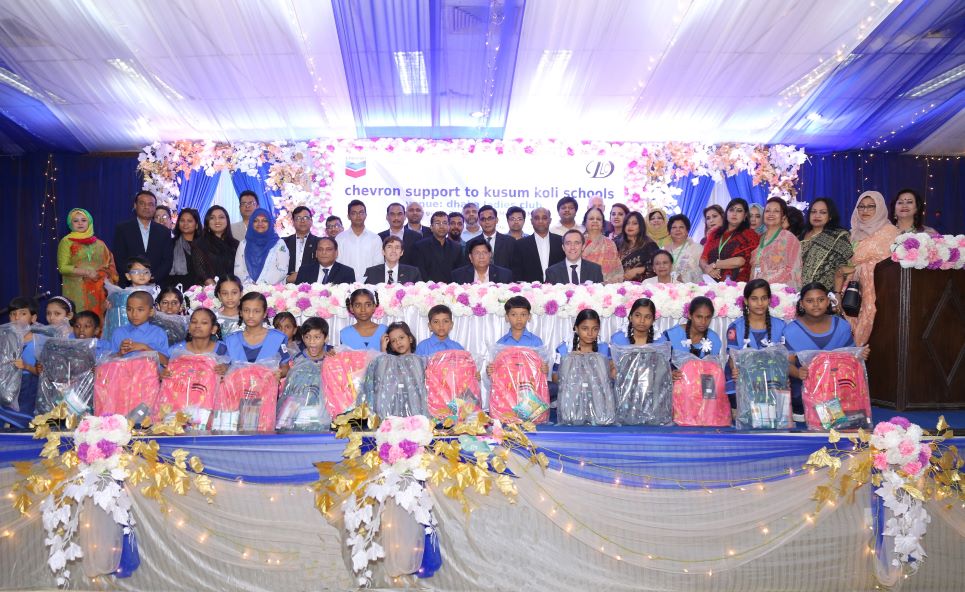